The triumph of language over writing 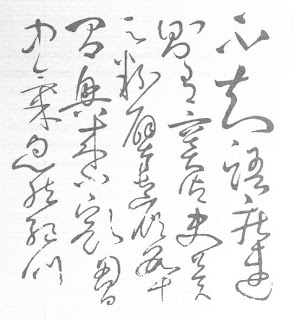 "Reading comes first. The reading of tracks and weather signs is a fundamental mammalian occupation, practiced before primates started walking on their hind legs, much less using hands to write. And writing, in a sense, is always on the verge of being born. All of us who speak by means of gesture, or who gesture as we talk, are gesturing towards writing. But it is a rare event for instincts such as these to crystallize into a system that can capture and preserve the subtleties of speech in graphic form. Such a system can only mature within a culture which is prepared to sustain it. Starting from scratch, with no imported models, people have made the shift from oral to literate culture at least three times but perhaps not many more than that. In Mesopotamia about 5,000 years ago, in northern China about 4,500 years ago, and in Guatemala and southern Mexico about 2,000 years ago, humans created a script and a scribal culture, apparently without imported models of any kind.

In each case, the writing began with pictures - which, as they came to stand for words and then for syllables, grew increasingly abstract. In each case, the originating society was already highly organized, with a heavy investment in agriculture, architecture, social institutions and political centralization. And in each case, so far as we can tell, writing was first used in the work of political, economic or religious administration. Its use for literary purposes came later.

Writing in the literary sense is one of the world's most solitary crafts, but it is only pursued on the margins of highly organized and centralized societies.

Literature - meaning story telling and poetry - involves the use of language more for purposes of discovery than for purposes of control. It is a part of language itself: present, like language, in every human community. There are no natural languages without stories, just as there are none without sentences.  Yet literature is not the cause of writing. Literature in the written sense represents the triumph of language over writing: the subversion of writing for purposes that have little or nothing to do with social and economic control."