At the Edge of Chaos 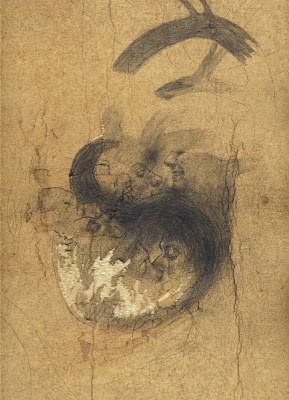 I have long been somewhat irrationally allergic to attempts to link ideas from abstract physics and complex systems science to practices in the humanities. Deepak Chopra annoys me; as do recent attempts to describe Jung's "archetypes" in terms of strange attractors and the like. But the fact is that the metaphoric power of much modern science is undeniable and the connections are there to be explored. I do fear the uncritical acceptance of the metaphors as in some way literal descriptions of things outside the original frame of reference. People in the humanities risk acting as merely vague and uncritical mimics of difficult and subtle ideas that have their applications elsewhere, or they risk being co-opted by the real totalizing power of the scientific world view.  (Robert Bringhurst and George Steiner are both examples of powerful thinkers in the literary world who do know something about mathematics and science and whose musings on these matters I trust.)

Nonetheless I was struck by a quick reading of Jeroen Nieuwland's post on Monika Cichon:  Sutured to Chaos. Struck by her art, and by his use of the notions of the edge of chaos and  self-organized criticality. I think it was Stu Kauffman who coined the edge of chaos phrase (though he may have borrowed it from someone) -  and the second notion is from the brilliant but combative physicist Per Bak.  I think I recall that the idea of a neural network application of Bak's idea was being discussed in 1990 at the Santa Fe Institute but there wasn't any actual data at the time. At any rate Nieuwland's blog post is worth looking at for a variety of reasons. Also Cichon's website and blog. [why do people insist on using black backgrounds? am i the only person who can't read the words?] Painting: Cichon's The Heart: here for larger version
Email Post