Under the Beat Surface 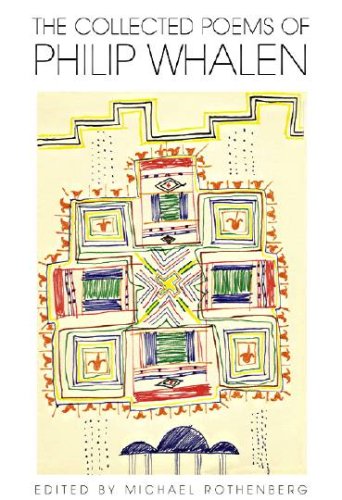 I asked Ron Silliman a while back what I might read as a prelude to Leslie Scalapino (no, I don't communicate with Silliman very often but he is a very kind and helpful man). He suggested, among other things, that I look at Philip Whalen (1923-2002). I am doing that, and it leads to good places. First, Scalapino wrote the introduction the Whalen's Collected Poems. And for those as ignorant of the history of American poetry as I have (scandalously) been until quite recently, placing Whalen is very helpful. Whalen was one of the principals at the famous Six Gallery reading in 1955 where Ginsberg first read Howl. His early  friendship with Jack Kerouac and Gary Snyder and their summers in the Cascades in the 1950's are beautifully chronicled by John Suiter in Poets on the Peaks. And Michael McClure's fascinating Scratching the Beat Surface (which I mentioned in an earlier post) gives us, among other things, a first person account of the Six Gallery event and what it was like to live through those crucial years. Though I claim no special authority in these matters (and maybe for that reason my word has some weight) I find Whalen's poetry liberating and exciting - whether I know what he's up to or not - maybe especially when NOT.
Email Post