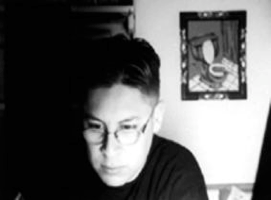 Jerome Rothenberg has posted a remarkable piece: Heriberto Yépez: Ethopoetics, What Is It? (Part One)

Here is an excerpt:

"I-I’m not innocent of the resonances I-I’m trying to bring here. Not only in Kerouac’s and Ginsberg’s Buddhist sense but also in earlier visions of what poetry meant (surrealism’s attempts to remove everything that blocked—aesthetics, morals and logic—the subject from understanding reality and also, again, in Situationism, which is mostly a spiritual discipline, though I-t don’t think Debord fully realized that). In Foucault’s take on Greek philosophy—not only based on Pierre Hadot incredible research but also, I-I heavily suspect though Foucault tries to hide it, in non-Western shamanism and Buddhism itself and, of very evidently in Marxism (philosophy defined not as ‘theory’ but as ‘the transformation of the world’) and psychoanalysis—In Foucault’s take on Greek philosophy, I-I was saying, philosophy is anthropoeisis, so called it somehow. Anthropoiesis = the making of man."