Narrative of the Image: A Correspondence 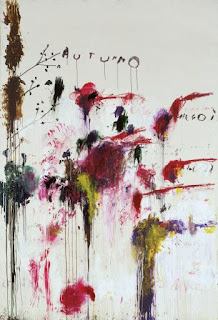 Thanks to Ron Silliman for this link. A topic that interests me greatly. This is a correspondence between Charles Wright and Charles Simic on the differences between image and metaphor. It begins with a paragraph Wright gave to his graduate poetry workshop and then sent to Simic for comment:

"If it is true (and I think it is) that an image is, as Pound put it, an intellectual and emotional complex in an instant of time, and if the "logic of metaphor" is, as Crane put it, constructed on a series of associational meanings and thought-extension, then the narrative of image and the narrative of metaphor are different, if not generically then surely perceptively, and poems employing them will act and react differently. The narrative (or logic) of metaphor will be more of a time-release agent, giving the reader a slower, longer contemplation; more time to think about the associations. The poem is perhaps more susceptible to a flow-through story line inside the poem. The narrative (logic) of image, on the other hand is more explosive, gives the reader less time to ruminate' opens itself to impressionistic perceptions. The How, such as it is, is intermittent, interrupted, and tends to exist outside the poem, as though a series of things glimpsed quickly, but indelibly, from a fast train. A difference not in kind (as both are defined as "figures of speech") but in degree. But a difference nevertheless, although this is not written down in any book."   Read their ensuing correspondence.